Karen Gross is an author, educator and advisor on diverse issues along the educational pipeline. Her current research focuses on student success and the impact of trauma on learning, psychosocial development and health. Sadly, the issues on which she focuses have taken center stage with the coronavirus pandemic and the literally thousands of colleges (and…

Comings and Goings … Southern Vermont College (SVC) President Karen Gross announced that she will step down in October after eight years as president of the Bennington, Vt. college, to return to Washington, D.C., where she spent 2012 working at the U.S. Department of Education. (Gross said she was not certain the department would be… Read more »

Southern Vermont College President Karen Gross, a NEBHE delegate, wrote the following comment to National Journal’s recent Next America forum on educating first-generation college students: Paying attention to improving the graduation rates among first-generation college students has gained fervor. We now appreciate the need to get vulnerable students to and through college if America is… Read more »

Southern Vermont College President Karen Gross was named a senior policy advisor to the U.S. Department of Education for one year, starting Jan. 17. SVC trustees granted Gross a one-year leave of absence from the college, during which time chief operating officer James Beckwith will be acting president. A NEBHE delegate since 2010, Gross has… Read more »

Pre-pandemic, a good number of us lamented the demise of small colleges. Let’s define these here as non-elite colleges with enrollment of fewer than 1,500 full-time undergraduate students. For the most part, these institutions have few graduate programs, a handful at most. Some of these colleges have closed; some have merged; some have partnered. Whatever… Read more »

Whether and how campuses will reopen in fall 2020 has emerged as the key story in higher education. On Wednesday, Trump administration officials spoke via teleconference with higher education leaders on how to get students back to campus this fall. During a pandemic, we need to recognize that the risk assessment and risk tolerance among…

The number of articles on the impact of the coronavirus on higher education is growing by the minute. That’s understandable and necessary. The spread of this virus (which happens easily in a campus setting) raises critical questions about what educational institutions can and should do in light of the now spreading COVID-19 virus. And the… Read more »

In a matter of seconds, a student at a high school in Santa Clarita, California, injured and killed a handful of his fellow students and then shot himself. He died shortly thereafter. We read about such incidents and lament their happening. We see television footage and peruse articles and social media postings. We mourn for… Read more »

The news is filled with stories about the admissions scandals at elite colleges and universities. And recently, some of the wrongdoers have pled guilty and await punishment. Apparently, prosecutors are seeking jail time. Apart from jail time, I have already suggested approaches to punishment that involve fines that go into a cy pres fund to… Read more »

The events surrounding Brett Kavanaugh’s confirmation to the Supreme Court will have an effect of college campuses—and not just in the near term. This is not a political statement. It is a statement about reality. Campuses will be brimming over with concerns about how people treat each other, how people engage with each other, how… Read more »

NEJHE NewsBlast | Aug. 12, 2020 | A New Chancellor Introduces Himself to the Region with a Scholarship Fund in George Floyd's Name, Plus Why We Read https://conta.cc/31x1w2o 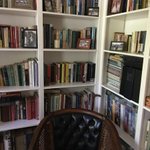 Want To Return To Campus? Please Sign On The Dotted Line https://bit.ly/3ao9fDT piece from @nebhe partner @KirkCarapezza @OnCampusWGBH | also check out #nebhe for more on #covid19 and #highered 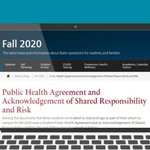 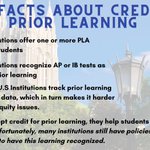